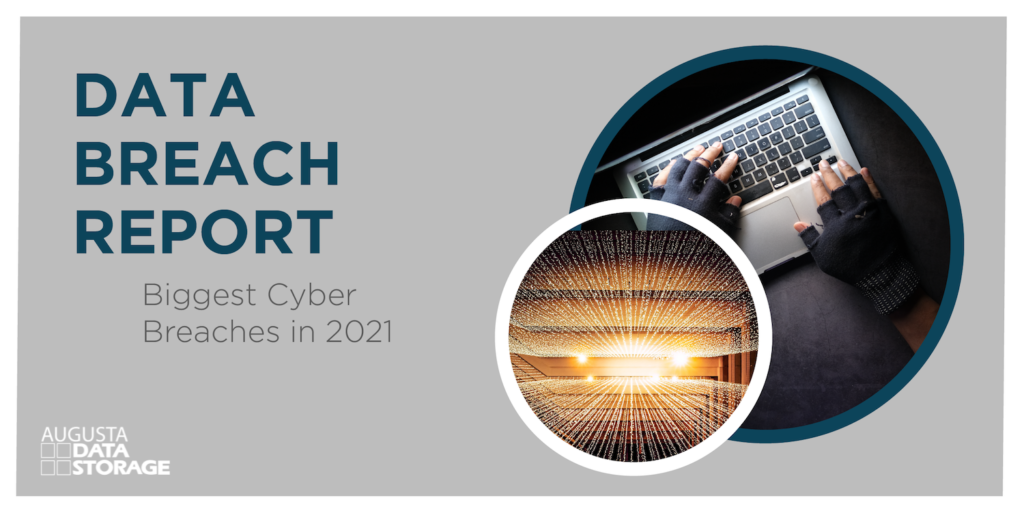 A data breach is a security incident in which sensitive data is copied and/or stolen from a data storage system or database. There were over 10 million data breaches and cyber incidents in 2021, including hackings and data breaches of corporate bodies and government entities.

Sadly these numbers are only going to further increase with time and the data breaches outlined below show that cybercrime isn’t going anywhere anytime soon.

The zero-day vulnerabilities found on the Microsoft Exchange server in January of 2021 were exploited by cybercriminals to get data through spear-phishing campaigns. Although data was encrypted, hackers managed to steal data such as emails and chat messages from over 4 million companies and individuals around the world.

A data dump of over 4.7 million account details including usernames, passwords and security questions were released by the “Shadow Brokers” group in September of 2021. Victims included employees from large organizations like Microsoft, Apple, Google, AT&T and Verizon among others.

Hackers managed to get data from over 3 million people via a data breach at the Federal Bureau of Investigation (FBI). Around 2.2 million more had data stolen through an attack on the agency’s IT infrastructure. The data stolen included data such as names, birthdates and social security numbers of FBI employees and law enforcement officials.

In what is being termed by many cyber-experts as the biggest data breach of all time, data from over 170 million US citizens was stolen in a data breach at a Russian data firm known as RISS. Personal data such as names, birthdates and social security numbers were compromised in this data stealing spree by hackers. This data was then sold to other cybercriminals, who in turn used it for profit-seeking activities like identity thefts.

In 2021 it was uncovered that Uber had experienced and then covered up a data breach in 2016 that led to data from over 57 million drivers and customers being stolen by hackers. The hackers access the information from third-party cloud based servers used by Uber at the time. Bloomberg News reports that company executives originally paid the hackers $100,000 to delete the data and keep news of the data breach quiet.

This popular dating site experienced a data leak in May 2021 at the hands of hacking group, “The Impact Team”. Personal data such as emails, IP addresses and preferences were leaked on the internet after data from over 30 million users were compromised.

One of the biggest data breaches in 2021 also included AdultFriendFinder, where hackers accessed data from over 37 million users of the popular site. Leaked data including things like email addresses, usernames, interests and other personal details.

Social media sites are often the subject of data theft because millions of people use their login credentials to access accounts on other sites across the web. A data breach at Facebook in 2021 leaked data from over 1 billion accounts, including emails, phone numbers, location, gender and userid information. After the initial data scrape, the user data was posted for sale on hacker forums for a short time.

Protect your business from cyber breaches with Augusta Data Storage

While these major breaches all happened in the digital space, it’s important to remember that many vulnerabilities exist offline. It’s important for businesses to prioritize information integrity in digital and hardcopy. Whether that’s through destruction of outdated digital devices, secure destruction of records and files, or off-site secure data storage, Augusta Data Storage is here to help.
Call us today at (706) 793-0186 or check out our online quotes.